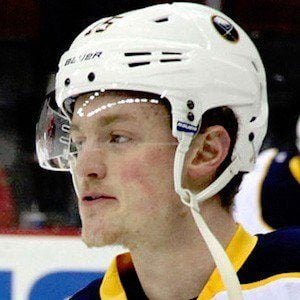 American center who was taken second overall by the Buffalo Sabres in the 2015 NHL Entry Draft. He played college hockey at Boston University and won a gold medal representing the United States at the 2014 IIHF World Under-18 Championship, where he was the team's youngest player.

He played college hockey for one season at Boston University and won the Hobey Baker Award in 2015, the second freshman ever to earn the honor.

He played on the U.S. National Development Team for two seasons and was named to the United States Hockey League Second All-Star Team.

He was born to Bob and Anne Eichel and has a sister named Jessie.

He and Sweden's William Nylander both competed at the 2014 IIHF World Under-18 Championship.

Jack Eichel Is A Member Of