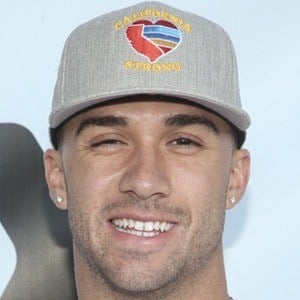 Pitcher who has risen to fame for his career playing in the MLB for the St. Louis Cardinals. He enjoyed a breakout season in 2019, when he was named the NL Pitcher of the Month in August 2019, and helped the Cardinals reach the NLCS.

He initially committed to play Division I baseball for the University of North Carolina. He decided to go pro after he was taken in the 1st round of the 2014 MLB Draft by the St. Louis Cardinals.

His ERA of 0.91 following the 2019 All-Star break was the third lowest in MLB history. He was named the 3rd best prospect in the Cardinals' system prior to the 2016 MLB season.

His adoptive mother's name is Eileen.

He and Adam Wainwright have pitched on the St. Louis Cardinals' staff as teammates.

Jack Flaherty Is A Member Of