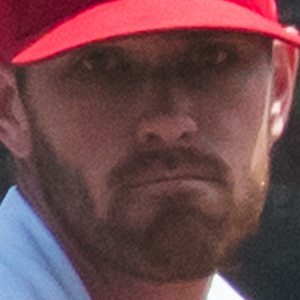 Right-handed pitcher who was named an All-Star in just his second MLB season with the Cleveland Indians in 2019. Following a dominant 2020 campaign with the Indians, he received the 2020 AL Cy Young award.

He spent his college days at UC Santa Barbara. He then played for the UC Santa Barbara Gauchos baseball team as well as for the Yarmouth-Dennis Red Sox of the Cape Cod Baseball League.

In the 2019 MLB All-Star Game, he received the All-Star Game Most Valuable Player Award after striking out the side in the fifth inning and earning the win.

He was born Shane Robert Bieber in Orange, California.

He joined his teammate Carlos Santana as one of the Indians All-Stars for 2019.

Shane Bieber Is A Member Of