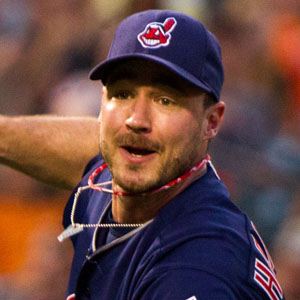 MLB third baseman who signed a two-year contract with the Cincinnati Reds in December, 2012 after two seasons with the Indians.

He had a rough start in the MLB with an 0-9 batting record during his debut season with the Detroit Tigers.

He became most used as a utility player, because of his ability to play multiple positions.

He has a son named John with his wife Jenny Hannahan.

He became teammates with Brandon Phillips upon signing with the Reds in 2012.

Jack Hannahan Is A Member Of