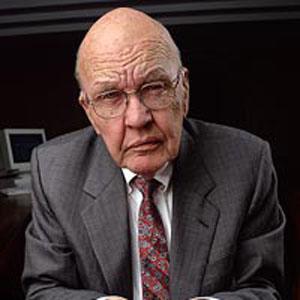 Inventor and electrical engineering pioneer who created the first integrated circuit, which paved the way for the microchip. He received the Nobel Prize in Physics for his contributions to science in 2000.

After graduating with a M.S. in Electrical Engineering, he joined Texas Instruments, where his groundbreaking work would be done.

Among his other inventions, he created the first pocket-sized calculator, called the 'Pocketronic.'

He said in his Nobel Prize speech that after two daughters and five granddaughters, the Kilbys 'specialized in girls.'

He credited Isaac Newton for the inspiration of his inventions.

Jack Kilby Is A Member Of