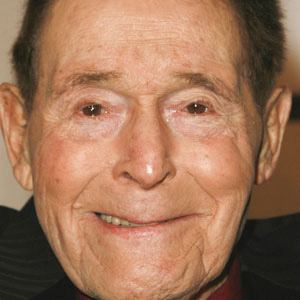 Fitness guru of exercise, nutrition, and a positive attitude. He was called the godfather of fitness and the first fitness superhero.

He loved sugar and junk foods and developed an eating disorder when he was 15. He heard a lecture from nutrition speaker Paul Bragg that turned his life around.

He hosted a fitness television show from 1953 until 1985 and opened one of the country's first fitness gyms in Oakland, California, in 1936 when he was 21.

He was married to Elaine Rorem Doyle from September 1959 until his death. He had two daughters, Janet and Yvonne, and two sons, Daniel and Jon.

He was appointed to the Governor's Council on Physical Fitness by Arnold Schwarzenegger.

Jack LaLanne Is A Member Of