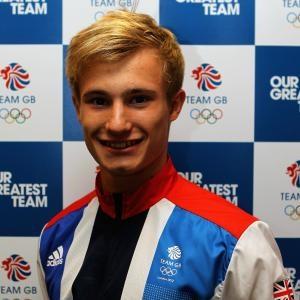 British diving champion who won gold medals in the 1 meter and 3 meter diving events at the 2014 Commonwealth Games in Glasgow. He is also a three-time World Junior Champion.

He was born in Harrogate, North Yorkshire and burst onto the international diving scene in 2010.

He is an outspoken proponent of gay rights and posed for the cover of Gay Times Magazine in 2013.

He and Tom Daley are two of Great Britain's most famous male diving stars.

Jack Laugher Is A Member Of