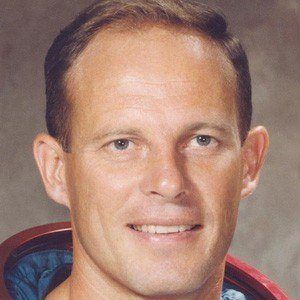 American space shuttle commander of STS-3 and member of the 2nd manned crew on the Skylab space station. He was selected as part of the 1966 NASA Group.

He ran for Michigan senate as a Republican nominee in 1984 but was not elected.

Jack Lousma Is A Member Of