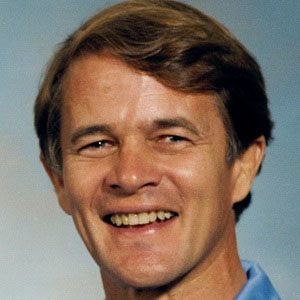 After earning his bachelor's degree in Physics and Mathematics from DePauw University, he received an M.S. and a PhD in Physics from Yale University and went on to become a researcher at the University of Washington's Nuclear Physics Laboratory. He began working for NASA in late 1967.

Portrayed by actor Doug McKeon, Allen was featured in a miniseries titled From the Earth to the Moon.

He grew up in Crawfordsville, Indiana. He and his wife Bonnie Jo Darling welcomed a son named David in 1968 and a daughter named Elizabeth in 1972.

He and fellow astronaut Dale Gardner were both on the crew of NASA's STS 51-A mission.

Joseph Allen Is A Member Of