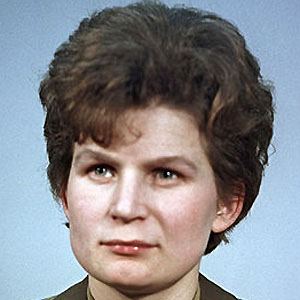 Russian astronaut and the world's first female to journey into space. She spent just under three days in orbit. In 2014, she was one of the Olympic flag carriers.

She became interested in parachuting when she was a young girl, and trained in skydiving as part of the local AeroClub.

She was chosen from 400 people to be a part of an USSR expedition on the Vostok 6.

She married fellow astronaut Andrian Nikolayev in 1963. They had a daughter, Elena, before divorcing in 1982. She later remarried Yuliy G. Shaposhnikov.

Like American Sally Ride, she was the first woman from her country to go to space.

Valentina Tereshkova Is A Member Of