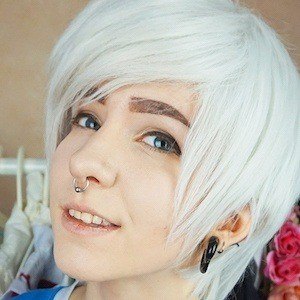 YouTube vlogger and cosplayer who is known for his Jack Pendragon channel. He has gained renown for his makeup tutorial videos that involve his eclectic blend of cosplay outfits and looks.

He created his YouTube channel on March 9, 2014. He posted his first video there on the same day.

He has amassed more than 30,000 subscribers to his YouTube channel since its creation. One of his most popular videos there, "★ Ciel Phantomhive Cosplay Makeup ★," has earned more than 40,000 total views.

He and fellow YouTube makeup artist Stef Sanjati are both known for their vlog entries dealing with gender identities.

Jack Pendragon Is A Member Of