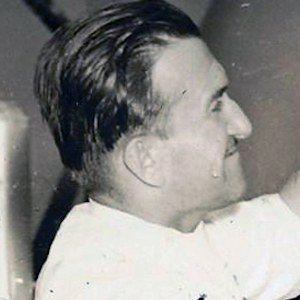 Movie makeup artist best remembered for transforming actors into classic monsters for Universal Studios, perhaps most notably the makeup for the 1931 film Frankenstein.

Universal studio head Carl Laemmle was impressed enough with the makeup job he did for The Monkey Talks and The Man Who Laughs that he hired him full-time.

He transformed Bela Lugosi to become the famous vampire Dracula.

Born in Greece, he would pass away 79 years later in Hollywood, California.

He applied makeup to the iconic Frankenstein played by Boris Karloff.

Jack Pierce Is A Member Of