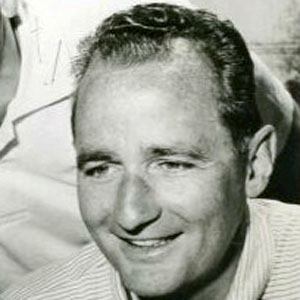 Revered sportscaster remembered for being the radio voice of the Chicago Cubs from 1955 to 1964. Among his most famous calls are the 1960 All-Star Game and the May 1960 ho-hitter thrown by Cubs pitcher Don Cardwell.

He was born in Peoria, Illinois and attended the University of Notre Dame.

An annual Chicago area golf tournament was created in his name shortly after his 1965 death resulting from a car accident.

He had three children with his wife, Marilyn.

He shared the broadcast booth with Baseball Hall of Famer Lou Boudreau in the late 50's and early 60's.

Jack Quinlan Is A Member Of