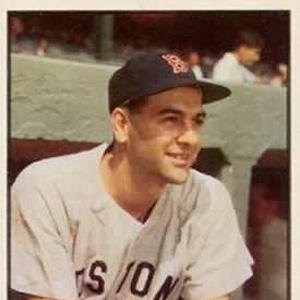 Hall of Fame player-coach for the Cleveland Indians who helped lead the team to a World Series Championship in 1948 and was also named American League MVP in 1948.

He captained both his baseball and basketball team at the University of Illinois at Urbana-Champaign.

He was born to a Jewish family and raised as a Christian. Some debate whether he belongs amongst the list of Jewish players in the MLB.

He married Della DeRuiter in 1938 and had four kids with her.

Like Hank Greenberg, he led the league in doubles during multiple seasons.

Lou Boudreau Is A Member Of