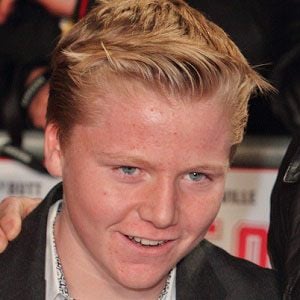 Middle child of chef and television personality Gordon Ramsay who went on to co-star on his family's cooking program Matilda and the Ramsay Bunch on CBBC. In October of 2020, his father posted a congratulations photo for him when he joined the Royal Marines.

His father had already began a career in television by the time he was born.

He has appeared on his father's show MasterChef as a guest judge of the mystery box challenge. He had gained over 200 thousand followers when he deactivated his Instagram account.

He was born to Gordon Ramsay and Tana Ramsay. His fraternal twin is named Holly; they also have siblings named Matilda, Megan and Oscar.

His sister Matilda Ramsay has also appeared on MasterChef.

Jack Ramsay Is A Member Of