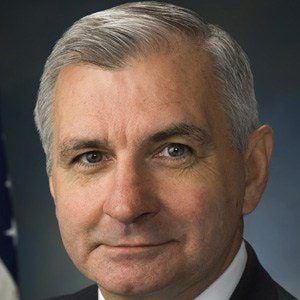 American Senator from Rhode Island who took office in 1997 after serving on the United States House of Representatives from 1991 to 1997.

He reached the rank of Captain while serving in the United States Army. He later attended the John F. Kennedy School of Government at Harvard University, where he received a Masters of Public Policy.

He was one of only twenty-three U.S. senators to vote against giving President George W. Bush the authorization to invade Iraq.

His marriage to Julia Hart produced a daughter named Emily.

In 2007, he and Sheldon Whitehouse both began serving as senators from Rhode Island.

Jack Reed Is A Member Of