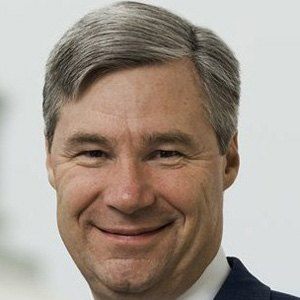 Politician and Democrat who became the United States Senator from Rhode Island in 2007. He has served as the Co-Chair of the International Conservation Caucus and the Senate Oceans Caucus.

He graduated from Yale University and got his law degree from the University of Virginia School of Law.

He is a distant relation to William Bradford, the first governor of the Plymouth Colony.

His wife Sandra is a marine biologist.

Bill Clinton nominated him to be the Attorney General for Rhode Island.

Sheldon Whitehouse Is A Member Of