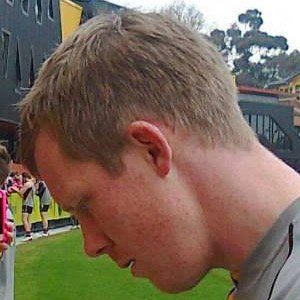 Full forward in the Australian Football League who joined Richmond in 2007.

He showed off his goalscoring abilities in junior football, kicking an incredible 80-meter goal in a premiership semifinal.

He won the Coleman Medal, as the AFL's leading goalkicker, in 2010, the same year he was chosen for All-Australian honors.

His cousin Nick Riewoldt captained the St. Kilda Football Club in the AFL.

He and Jobe Watson were two of the AFL's biggest stars at one point.

Jack Riewoldt Is A Member Of