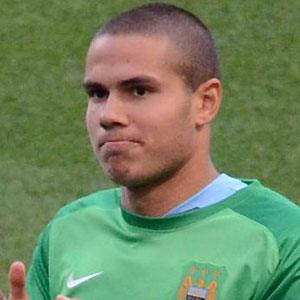 Defensive midfielder who joined Manchester City in 2012 after five seasons with Everton.

He first joined Everton's youth soccer system at age 7 and would make his professional debut with the senior team 9 years later.

He helped England's U21 team secure a second-place finish at the 2009 UERFA U21 Football Championship.

His uncle Tony Rodwell was a winger for Blackpool.

He joined Wayne Rooney on England's national team in 2011.

Jack Rodwell Is A Member Of