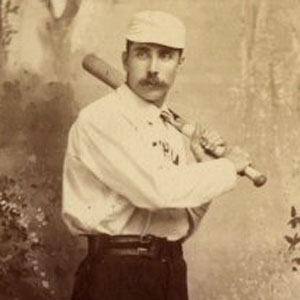 Former baseball player known for being a member of the famed "Big Four" group of hitters who led the Detroit Wolverines to a 1887 World Series victory. He was also a player, manager and part-owner with the Buffalo Bisons.

He played in the Northwestern League until the league's demise in 1878, at which point he signed with the National League team the Buffalo Bisons.

He owned and operated a popular cigar store in Buffalo following his retirement from baseball. The store became a hotspot for local athletes.

He and Deacon White are two members of the renowned "Big Four" collection of hitters in Detroit.

Jack Rowe Is A Member Of