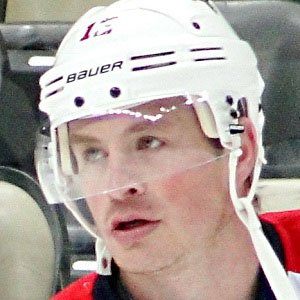 Hockey winger best known for his time with NHL teams like the Chicago Blackhawks and Columbus Blue Jackets. He won a gold medal representing the United States at the Under-18 World Championships in 2005.

He played at the University of Wisconsin where, in 2006, he led the team to its first Final Four appearance since 1992.

He made the American Hockey League All-Star team with Rockford in 2010.

His father, Lee, also played hockey for the Wisconsin Badgers.

He and Jonathan Toews are both former first round draft picks of the Chicago Blackhawks.

Jack Skille Is A Member Of