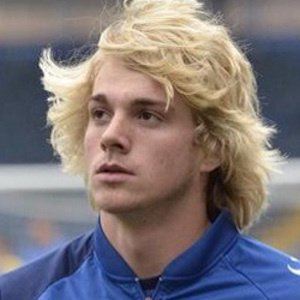 In December 2013, he earned his first call to play for the English national team on their U-18 squad. He subsequently made his international debut on the team in March 2014.

He was born and raised in Gosport, England.

In August 2014, much was made of his supposed resemblance to Arsenal soccer star Jack Wilshere.

Jack Whatmough Is A Member Of