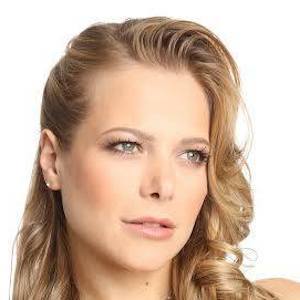 Brazilian singer who has put out albums such as O Circo Encantado da Jacky and Na Onda da Jacky. She has also worked as a model, an actress and a television show host.

She put out her debut album Jacky, Yes! A Garota Fantasia in 1998. That same year, she worked as the host of the TV show Bom Dia & Companhia.

She has acted in films such as 2003's Didi, o Cupido Trapalhão and 2010's Jovens da lei. She has also accrued over 240,000 followers on her Instagram account.

She has a son named Enzo Petkovic. Her parents are Guilherme Petkovic and Frans Martins.

She did voice work for the Portuguese version of the animated film Help! I'm a Fish which originally featured Aaron Paul.

Jackeline Petkovic Is A Member Of