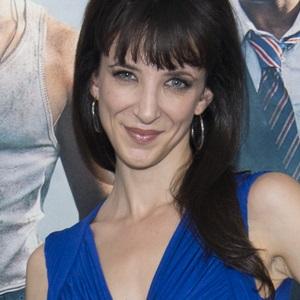 American screen actress known for her appearances on Will & Grace, Castle, and How I Met Your Mother. Her film credits include roles in Miss Ohio, White House Down, and Soul Fire Rising.

Her early television work includes roles in What I Like About You and Good Morning, Miami.

She played the role of Susan Grady on the popular television series NCIS.

She was born and raised in Port Jefferson, New York. In 2010, she married fellow Miss Ohio actor Jamison Haase.

She appeared with actresses Cameron Diaz and Toni Collette in the 2005 film In Her Shoes.

Jackie Geary Is A Member Of