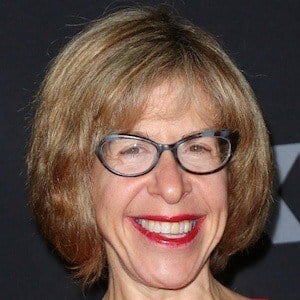 Actress who starred in the Broadway productions of Xanadu, The Addams Family, and Hairspray. Her film credits include roles in Legally Blonde 2, A Dirty Shame, and Kissing Jessica Stein.

She was part of the famous Second City improvisational comedy group.

She appeared on such television shows as Curb Your Enthusiasm, 30 Rock, and One Life to Live.

She was born in Queens, New York City.

She appeared in Garden State, a 2004 film starring Natalie Portman and Zach Braff.

Jackie Hoffman Is A Member Of