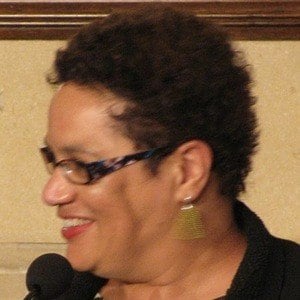 Guardian First Book Award-winning poet who became the first black writer to have a play produced by the Gay Sweatshop Theatre Group.

She dreamed of becoming an artist and wrote The Adoption Papers, an autobiographical collection of poems.

In 2011, she won the Scottish Mortgage Investment Trust Book of the Year Award for Red Dust Road.

Her father, worked for the Communist Party and her adoptive mother worked as the secretary for the Campaign for Nuclear Disarmament.

Jackie Kay Is A Member Of