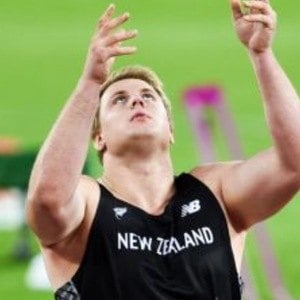 New Zealand-born shot putter who won the gold medal at the World Junior Championships in 2010 and 2012. He also took home the silver medal at the Summer Youth Olympics in Singapore in 2010.

He became the youngest junior male champion in history at 15 years old.

His father, Walter, was also a shot-put champion.

He and Geoff Capes are both famous shot putters.

Jacko Gill Is A Member Of