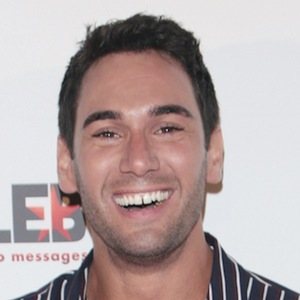 Known for making his Broadway debut in 2012 in Newsies the Musical. He would later reprise the role of Spot Conlon in Disney's Newsies the Broadway Musical. In 2019, he became a housemate on Big Brother 21.

Prior to joining the Broadway cast, he played Spot Conlon in Paper Mill Production's 2011 rendition of Newsies.

In 2015, he made his feature film debut as Giovanni in 4th Man Out.

He was born to parents Annabelle and Phil Bracco.

He was joined in the cast of Disney's Newsies the Broadway Musical by Jeremy Jordan and Andrew Keenan-Bolger.

Tommy Bracco Is A Member Of