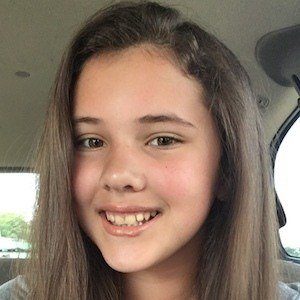 Known solely by her forename on Funimate, she would earn tens of thousands of fans on the platform with her mix of comedy, transition and challenge videos. She's also popular on her Creativityworld 123 YouTube channel with over 70,000 followers.

She is American. She has four cats named Lily, Lucy, Molly and Baby. She also has birds named Sammy and Peachy.

She drew a picture of fellow Funimator Talula as seen in one of her videos.

Jaclyn Morrison Is A Member Of