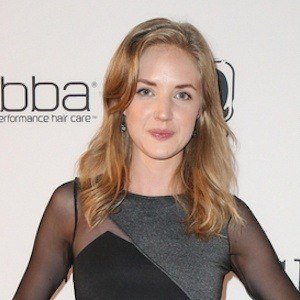 Actress most famous for her roles in films like Scents and Sensibility (2011), Christmas Eve (2015) and FML (2016). She has also had recurring roles on series like Everwood, Extinct and Gary the Unicorn.

She spent much of her childhood in Portsmouth, New Hampshire. She made her acting debut in a production of Alice in Wonderland at age 6.

She won the Best Actress award at the LA Comedy Festival in 2011.

She is the sister of famous YouTuber Andrew Hales. She also has another brother named Paul.

She was directed by Jason Nash in the comedy FML.

Jaclyn Hales Is A Member Of