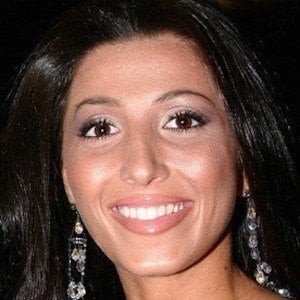 Philanthropist, writer and former beauty queen who held the titles of Miss New York USA in 2004 and Mrs. Florida America in 2008. She is the founder of the nonprofit organization Children Are Magical and the author of the award-winning children's book Wacky Jacky: The True Story of an Unlikely Beauty Queen.

She graduated from Umatilla High School in Umatilla, Florida in 1998. She received a Bachelor of Arts degree in marketing and communications from Stetson University in 2002.

She appeared on season six of the VH1 reality series Couples Therapy.

She married Creed frontman Scott Stapp in 2006. She has children with Stapp named Daniel, Milán and Anthony.

She and Kimberly Pressler have both been crowned Miss New York USA.

Jaclyn Stapp Is A Member Of