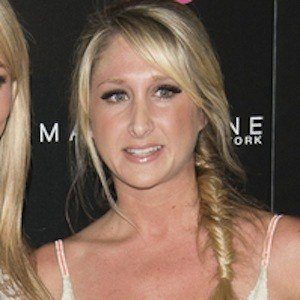 Reality star most well known for competing on the second season of the ABC spin-off competition Bachelor in Paradise. She'd previously appeared on the third season of Bachelor Pad.

The advertising account manager made her television debut in 2012 competing for the heart of Ben Flajnik on the 16th season of The Bachelor.

She has worked as an account executive for a number of companies including CBS Interactive and the parody news site The Onion.

Her mother's name is Bonnie Tobias.

She competed against winner Nick Peterson on the third season of Bachelor Pad.

Jaclyn Swartz Is A Member Of