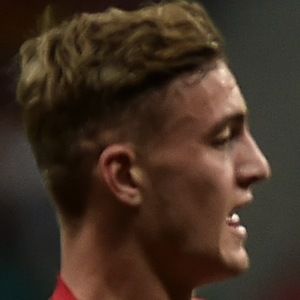 Soccer player who has been a standout winger while competing for Borussia Dortmund. He began representing Denmark internationally at the under-16 level.

He spent his youth career with Lyngby Boldklub before joining Borussia Dortmund's youth academy in 2015.

He was chosen to play for Denmark at the 2016 Summer Olympics.

He has a son named Dani.

He has played with Ron-robert Zieler on VfB Stuttgart.

Jacob Bruun Larsen Is A Member Of