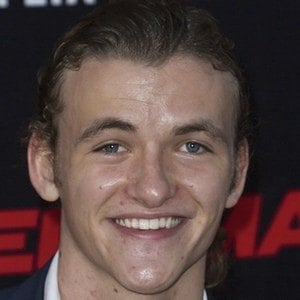 Television actor most well known for his portrayal of Feeney in the Amazon pilot Table 58. He then went on to appear in several episodes of 100 Things to Do Before High School and appear in the film Jessica Darling's It List.

He was only a toddler when he eared his first film credit in the 2003 movie Uncle Nino.

In 2013, he made an appearance in an episode of Teens Wanna Know.

Born in Chicago, he was raised in Naperville.

In the 2016 film Jessica Darling's It List, he stars opposite Chloe East and Emma Rayne Lyle.

Jacob Melton Is A Member Of