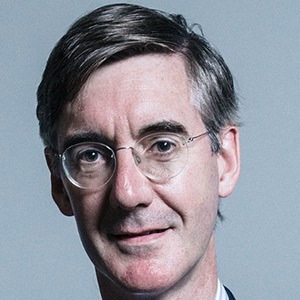 British politician who became Member of Parliament for North East Somerset in 2010.

He studied history at Trinity College, Oxford, and was President of the Oxford University Conservative Association.

He is a member of the All-Party Parliamentary Group for Historic Vehicles, and collects classic cars.

HIs parents are Gillian Shakespeare Morris and politician William Rees-Mogg. He has four sisters. He married Helena Anne Beatrix Wentworth Fitzwilliam de Chair in 2007. They have six children.

As a very socially conservative politician, he was one of David Cameron's biggest opponents.

Jacob Rees-Mogg Is A Member Of