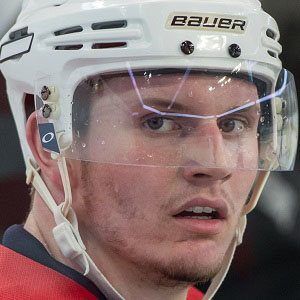 American defenceman who made his National Hockey League debut with the Winnipeg Jets in 2013. He previously won gold medals representing the United States at the World Under-18 Championships and World Junior Championships.

He was born in Rochester, Michigan and played for the USA Hockey National Team Development Program in the United States Hockey League for two years.

He was named Most Valuable Player and Best Defenseman for the Michigan Wolverines for the 2012-13 season.

His parents are John and Kristy Trouba.

Jacob Trouba Is A Member Of