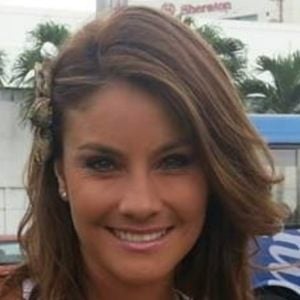 Model who's known both for her spectacular good looks as well as her appearances on reality competition show Calle 7. She has over 550,000 followers on Instagram.

She's originally from Chile, but she's lived in Ecuador.

Jacqueline Gaete Is A Member Of