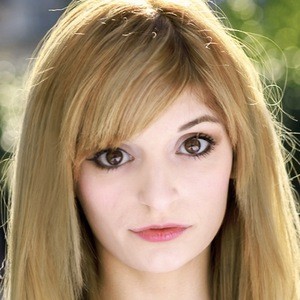 English guitar player who is best recognized for her YouTube channel where she uploads videos of her solo performances as well as her singing for her over 110,000 subscribers. She has earned sponsorship from several different companies including Carparelli Guitars in Canada, Storey Guitars, and Dean Guitars.

She first started uploading videos of her playing guitar through YouTube in July of 2006. Later that same year, her cover of Canon Rock was featured on Yahoo news, causing her video to go viral. In 2007, she participated in the Dean Guitar's Worldwide Shredder Search competition. She then attended The Guitar Institute in London where she earned her National Certificate in Music.

She was scouted in 2011 by the Head of PR at Barry M Cosmetics who offered her the finances to produce her first single and music video for the song "Raining".

She performed at the DOA festival in 2008 alongside fellow musician and singer Michael Angelo Batio.

Jacqueline Mannering Is A Member Of