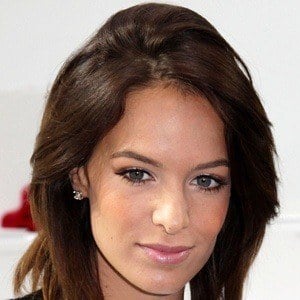 Fashion and glamour model who is recognized for having appeared in advertisement campaigns for companies such as Levi's and Armani. Her popularity led to her garnering over 650,000 followers on her eponymous Instagram account.

She became involved in humanitarian work at a young age, partnering with SOS Children's Villages in Morocco as a teenager.

In 2011, she did a photoshoot with Le Soir Magazine that ended up going viral.

She married French businessman Arnaud Lagardère on May 25, 2015.

She and fellow model Lucy Gordon were cast in the 2009 feature film Cinéman.

Jade Foret Is A Member Of