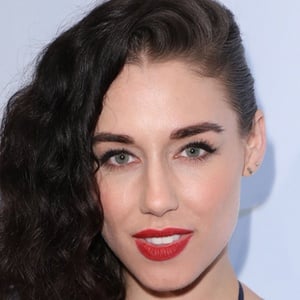 Known on SyFy as Kady Orloff-Diaz in the television series The Magicians, she is an actress known on both big and small screens. Her previous roles include appearances on Murder in the First, Aquarius, Raymond & Lane, and many more.

At three, she began gymnastics, at four, dance, and by seven was taking singing lessons. Into high school, she attended a performing arts institution.

She made her film debut in the 2007 horror comedy You're So Dead.

Her mother, Sally Pansing, was a popular actress in the 1970s who later became a holistic nutritionist and her father, a businessman, previously was a member of Israeli special forces. Her older brother, Shawn Kravich, is a lawyer.

She stars opposite Jason Ralph and Summer Bishil in the SyFy original series The Magicians.

Jade Tailor Is A Member Of