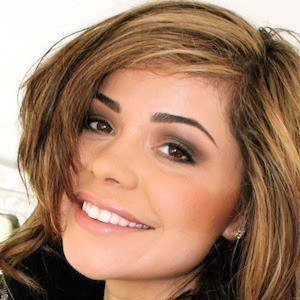 Singer and songwriter who initially began her career penning singles for the likes of Cody Simpson and Carly Rae Jepsen. In May 2014, she released her debut solo single "Walk On" through MP45.

An agent discovered her as a child after she sang karaoke at a local pizza restaurant. Shortly after she became a member of the group Mac 7, touring with stars like Orlando Brown and Lalaine. She eventually went on to attend Hollywood Pop Academy.

Her songwriting work on Carly Rae Jepsen's Kiss received the 2013 Juno Award for Album of the Year.

She and her family moved to Santa Clarita, California when she was nine years old from Davenport, Iowa.

In honor of her season twelve win, she penned "I Am Beautiful" for American Idol winner Candice Glover's coronation. The song later became her debut single.

Jaden Michaels Is A Member Of