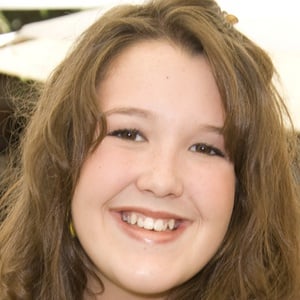 Actress who is best known for her role as Leah in Disney Channel's The Suite Life of Zack and Cody. She has also appeared in an episode of Hannah Montana called "Schooly Bully."

One of her earliest roles was in Shane Black's 2005 film Kiss Kiss Bang Bang.

She played the role of Bully Kid in 2005's Yours, Mine & Ours alongside Dennis Quaid.

Her younger brothers are twins named Brecken Palmer and Bridger Palmer who have also been actors.

She appeared alongside Larry David in an episode of the HBO series Curb Your Enthusiasm called "The Rat Dog."

Jaelin Palmer Is A Member Of