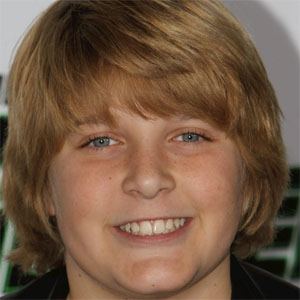 American actor who has had appearances in film and television including as Young Zack in the television series The Suite Life of Zack and Cody in 2007.

He had one of his first roles in the 2005 film Yours, Mine and Ours.

He appeared in the Desperate Housewives episode called Color and Light in 2005.

He has a twin brother, Bridger, who is also an actor. He also has two sisters named Jaelin and McKenna.

He appeared in the television series The Suite Life of Zack and Cody starring Cole and Dylan Sprouse.

Brecken Palmer Is A Member Of

Yours, Mine & Ours
24 Year Olds
TV Actors
Sagittarius