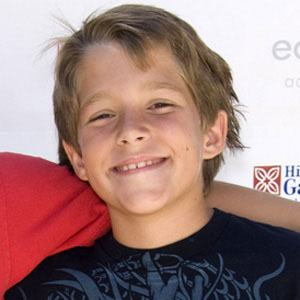 American actor best known for playing Otter Beardsley in the movie Yours, Mine and Ours. He made his acting debut in a 2005 episode of Desperate Housewives.

He began acting with his twin brother when he was four years old.

He portrayed Frankenstein in a 2007 episode of iCarly titled "iScream on Halloween."

He acted alongside Dennis Quaid in Yours, Mine and Ours.

Bridger Palmer Is A Member Of

Yours, Mine & Ours
24 Year Olds
Movie Actors
First Name Bridger