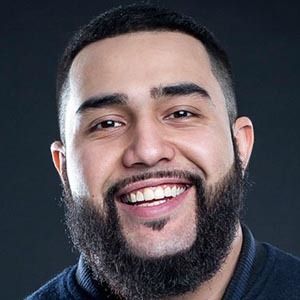 Hip-hop recording artist who is widely recognized for the 2016 album Esli Chjo Ja Bakha. In 2017, he was the recipient of the Muz-TV Music Award for Breakthrough of the Year.

One of his earliest releases was the 2015 single "Расходы."

He was photographed at a LOVE RADIO red carpet event in early 2017.

He is from Kazakhstan.

He and fellow music performer Kaliya were both born in Kazakhstan.

Jah Khalib Is A Member Of