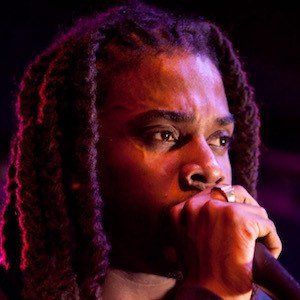 Most Popular#48609
Born in Portmore, Jamaica#1
Singer Born in Jamaica#46

He obtained international success with his single "Long Distance Love," which became #1 on Japan Reggaezion music charts in December 2014 and again with his single "Gain the World," which was featured on VP Records Vol 52, 53 under Strictly The Best compilations.

He was born and raised in Portmore, Jamaica. He started out performing as Culture Jamiel and is now known as just Jahmiel.

His love for music grew listening to music icons such as reggae singers Bob Marley, Buju Banton and Junior Gong, among several others.

Most Popular#48609
Born in Portmore, Jamaica#1
Singer Born in Jamaica#46

Jahmiel Is A Member Of