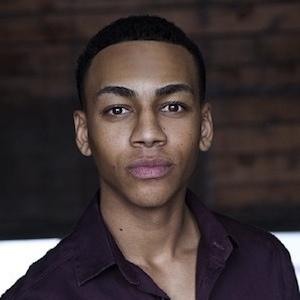 Young Canadian television star who is best known for playing Dave Turner on Degrassi: The Next Generation for over 150 episodes.

He made his acting debut on a 2009 episode of Flashpoint at age 18.

He earned a 2013 Gemini Award nomination for Best Performance in a Children's or Youth's Series for his role on Degrassi.

He is of Hispanic, Native American, and African American descent.

He joined the cast of Degrassi in 2009, the same year that Nina Dobrev left the show.

Jahmil French Is A Member Of