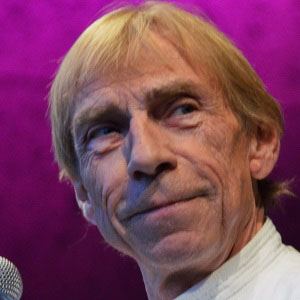 Perhaps most well known for representing his native Norway in the Eurovision Song Contests of 1978, '82, and '83, he is also known for his albums Mentalkrem (1980) and En Dags Pause (1979) and for his hit single "Mil Etter Mil" (1978). In addition, he fronted a rock band called Popol Vuh and performed with a comedic music group called Prima Vera.

Early in his career, he released the popular 1976 album Stolen from Time with his Popol Vuh (renamed Popol Ace) bandmates.

At the 1976 Norwegian selection competition for the Eurovision Song Contest, he famously performed the song "Voodoo" wearing a skeleton costume.

Born Jan Teigen, he spent his youth in Tonsberg, Norway. Before ending in divorce, his marriage to fellow singer Anita Skorgan produced a daughter.

He and fellow Norwegian vocalist Rolf Lovland both competed in the Eurovision Song Contest.

Jahn Teigen Is A Member Of