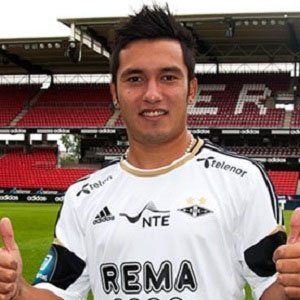 Midfielder who played for Rosenborg BK from 2012 to 2013 and joined Ballenas Galeana in 2014. He became a member of the El Salvador national team in 2010.

He began playing professional soccer at age 16 with San Salvador, before moving to Argentina's River Plate.

He scored the late game-tying goal for El Salvador against the U.S., to knock the American team out of the group stage of the 2012 Olympics qualifying matches.

Javier Mascherano was another great midfielder with the River Plate football club.

Jaime Alas Is A Member Of