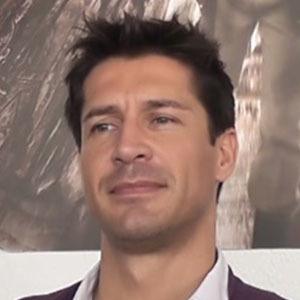 Television personality who presented the celebrity gossip show ¿Dónde Estás Corazón? from 2003 to 2011. He has since hosted the reality show Tres Deseos, the game show Dando la Nota and the Spanish version of Dancing with the Stars.

He began his career as a speaker on the radio station Los 40 Principales at age 17.

In addition to his television work, he has hosted the morning radio show Atrévete.

His son Leo was born via surrogate in July 2016.

Jaime Cantizano Is A Member Of